About The GA Explorer 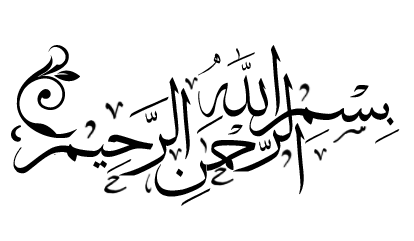 In the Name of Allah the most Gracious the most Merciful 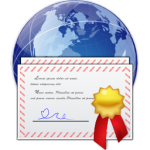 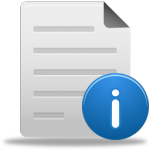 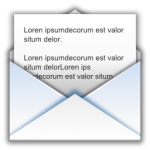 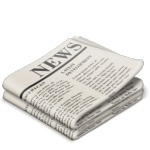 This website is a tribute to the great scholars of science, knowledge, and wisdom of the Islamic civilization that spanned many nations during the middle ages. The scholars who translated, assimilated, and developed the scientific human knowledge of other civilizations before them and handed it to the ones who came after1 . The scholars who founded and applied the modern scientific research method as we know it. To my grandfathers of wisdom, may you be remembered in this life, and the next.

1. See for example Part II of Robert Briffault’s 1919 book “The Making of Humanity” publicly available for download here. Also for a good reference on some of the contributions of Islamic scholars in the area of Algebra and Geometry see J. L. Berggren’s book “Episodes in the Mathematics of Medieval Islam” available here and “Geometry by Its History” by Alexander Ostermann and Gerhard Wanner available here.

About The GA Explorer

I think the universe is pure geometry – basically, a beautiful shape twisting around and dancing over space-time; Antony Garrett Lisi, author of “An Exceptionally Simple Theory of Everything“

Welcome, everyone! This website is about exploring ideas in geometry, algebra, computations, and wisdom gained by applying and teaching them. The main subject and tool of the explorations is Geometric Algebra (GA), a fascinating and powerful algebraic abstraction for expressing geometric ideas. I made this site to freely share my thoughts, as they may be, about modeling geometry, creating code, and teaching through GA mainly for applications in computer science and engineering. I hope you find the pages and posts interesting and useful.

The reason this website is mainly dedicated to Geometric Algebra is that it has the potential of being the algebraic abstraction system for geometric processing applications in this century, just as vector algebra was in the 20th century. My goal isn’t to add to the mathematics behind GA, that’s already been done quite sufficiently, but rather to illustrate, reformulate, explore, and implement solutions to problems in engineering and computer science in the language of Geometric Algebra. This step has already been taken in physics with remarkable success by Prof. David Hestenes and other physicists. It’s about time to do the same on a wide scale in engineering and computer science.

The title of this site “Geometric Algebra Explorer” has several levels of ideas and tools associated with it. The exploration process is two-way:

The GA explorations on this website are related to several levels of applied knowledge, stated here in their order of abstraction:

The geometrically intuitive development of algorithms using geometric algebra with a focus on their efficient implementation.

Personally, I think about Geometric Algebra as a powerful language for symbolic geometric abstraction, not just another algebraic system of mathematics. Computers can only be programmed when we fully understand the concepts and processes involved in the problem at hand. Instructing computer to deal with Geometric Algebra is fascinating because it’s a high-level language for geometry as we humans think and understand and, at the same time, a logical algebraic system suitable for being a universal base for creating computer code for geometric processing applications using current compiler technology. Most of the material on this website are dedicated to illustrating and eventually realizing the full potential of GA in various scientific computing applications.

1. The names of authors, researchers, books, and publications on this website are by no means intended to be an accurate representation of the work done by the GA community or scientific community in general. They are merely a reflection of my own very limited readings and knowledge. I offer my respect to any author who participated in the development of human knowledge in the past, present, or future. For more information on the people offering significant contributions to the development of Applied Geometric Algebra, the reader can refer to my GA Community page.

2. I would like to thank Dr. Dietmar Hildenbrand for his valuable comments and suggestions regarding the contents of this site.

Thanks for contacting us! We will get back to you soon!

Added a contact form on the About page. You are welcome to send us email messages using this simple contact form.

Added Disqus comments to all posts. Anyone is welcome to comment on the blog posts.

Published the source code of the GMacSamples project on GitHub. Added information about the Ganja.js GA JavaScript library to the GA Software page.

Published the new website for the GMac Guides at https://gmac-guides.netlify.com/.

Uploaded the full source code of GMac and TextComposerLib to GitHub.

Published the Publications page containing a list of my publications.

Posted Edifying The Young, a new part in the  GA Interviews series with Dr. Alan Macdonald.

Posted GMac: The Next Generation part 2.

Posted GMac: The Next Generation part 1.

Posted Knowing About the World via GIS, the first part of the GA Interviews series with Dr. Yu Zhaoyuan.

Published the Geometric Algebra Community page. The GA Explorer website welcomes members of the GA community to send information about their GA-related work to update this page.

Posted Computing with Geometry: When the Going Gets Tough…

Published the About GMac Page.