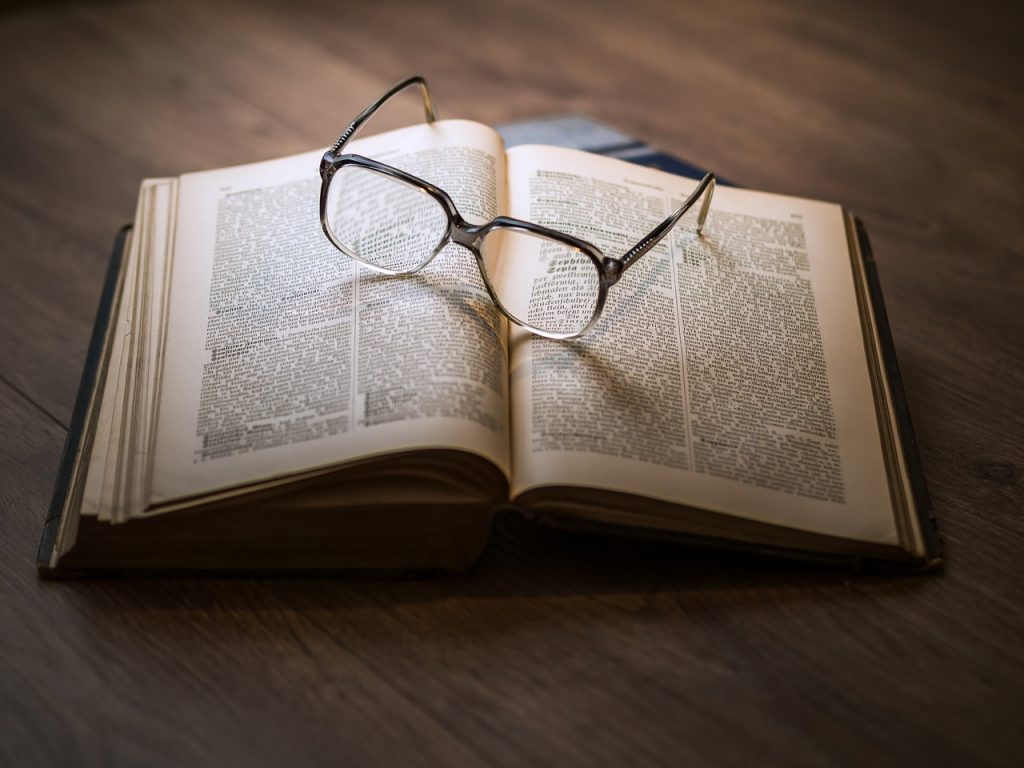 This page lists some information, up to the best of my limited knowledge, on the people involved in research related to Applied Geometric Algebra in computer science and engineering in alphabetical order by last name. I believe the list will always be under construction as more people join the GA community. The reason any present or future member of the GA community not listed on this page is simply because I haven’t enough information or online resources about their work. The GA Explorer website welcomes members of the GA community to send information about their GA-related work to update this list.

Professor Eduardo Bayro started working on the applications of GA in the late 1990’s. His work is to stress the
application of GA in cybernetics which involves Robotics, Neural Computing, Computer Vision, and Lie Algebras. Using geometric computing he tackled problems related to the building of intelligent machines, particularly Humanoids, to formulate algorithms for dealing with graphics curves, spheres, hyperplanes, and simple geometric tasks. Another goal is to build intelligent machines with real devices using geometric control, geometric perception and even quaternion wavelet transform, quaternion spike, or quantum quaternion neurons. Currently, he is preparing 2 new books on these topics. He is laying out the theory of future geometric intelligent robots and machines even with powerful FPGA and Nvidia geometric accelerators.

Dr. Pablo Colapinto is a video artist and computer scientist specializing in geometric calculus. He uses hypercomplex algebras to explore the dynamics of biological morphogenesis using his C++ Library for Geometric Algebra called “Versor”. He is currently exploring bio-inspired techniques for the design of developable structures and “smart” geometry. As a current Deutsch Foundation fellow and a developer of the 3D immersion laboratory called the AlloSphere, Pablo is collaborating with theoretical physicists on designing a computational engine for modeling condensed matter, including knotted fields and hyperbolic lattices. Such examinations fuel his video works and computer programs, which mutate the logic of space and time. Back in Philadelphia, he was a professor of documentary video, interactivity, and new media, and he has also taught courses at Temple University, Moore College of Arts and Design, Scribe Video Center, and University of California, Santa Barbara.

Dr. Ahmad Eid is a software engineer and faculty member at the University of Port-Said, Egypt. His main research interest is to investigate the applications of Geometric Algebra in Computer Science and Engineering with special emphasis on Computer Graphics and Geometric Modeling. In his 2010 Ph.D., he designed a software system (GMac) for generating optimized code from GA-based models. He continues to develop GMac as a tool for exploring possible GA applications and the potential of GA itself as a universal mathematical language for Geometric Computing. Dr. Ahmad Eid created the Geometric Algebra Explorer website (/) as a long-term project to record his GA-related research interests and software developments and to invite all GA researchers to share their own ideas and GA-related developments.

Dr. Rida Farouki is a Professor at the Department of Mechanical and Aerospace Engineering, University of California Davis. His research interests include computer-aided design and manufacturing, geometrical algorithms and representations, numerical methods and scientific computing. His main body of work is about Pythagorean-hodograph (PH) curves that have a direct relation with Geometric Algebra rotors. PH-Curves offer unique advantages for computer-aided design and manufacturing, robotics, motion control, path planning, computer graphics, animation, and related fields.

Dr. Goldman’s current research interests lie in the mathematical representation, manipulation, and analysis of shape using computers. His work includes research in computer-aided geometric design, solid modeling, computer graphics, and splines. He is particularly interested in algorithms for polynomial and piecewise polynomial curves and surfaces, and he is currently investigating applications of algebraic and differential geometry to geometric modeling. He has published over a hundred articles in journals, books, and conference proceedings on these and related topics. Dr. Goldman worked for 10 years in industry solving problems in computer graphics, geometric modeling, and computer aided design.

Dr. Charles Gunn is interested in the application of projective geometry to understanding the human being and the world. On this basis, he has developed a geometric algebra framework for euclidean, non-euclidean and polar euclidean geometry. In order to help others understand these (and other valuable) mathematical ideas, he gives seminars and also generates visualizations as a software developer and movie-maker (e. g. see conformmovie.de).
Dr. Charles Gunn describes his work as:

I enjoy the process of generating images embodying formal properties in a sensual form. Although I like to think of myself as a generalist, I have a special affinity for discrete groups, noneuclidean geometry, projective geometry, and cellular automata, with a special love for forgotten 19th century mathematics. Once I have everything set up in terms of the formal mathematical/programmatic basis (I roll most of my own software partly because there isn’t any alternative and partly because I like to have total control), I just play with the software. I particularly enjoy encountering unexpected results, whether they be mathematical or aesthetic, since they often lead to new connections.

Professor David Hestenes is a theoretical physicist and science educator. He is best known as chief architect of geometric algebra as a unified language for mathematics and physics, and as founder of Modelling Instruction, a research-based program to reform K–12 Science, Technology, Engineering, and Mathematics (STEM) education. For more than 30 years, he was employed in the Department of Physics and Astronomy of Arizona State University (ASU), where he retired with the rank of Research Professor and is now emeritus.
Prof. Hestenes has worked in mathematical and theoretical physics, geometric algebra, neural networks, and cognitive research in science education. He is the prime mover behind the contemporary resurgence of interest in geometric algebras and in other offshoots of Clifford algebras as ways of formalizing theoretical physics.
Since 1980, Prof. Hestenes has been developing a Modeling Theory of science and cognition, especially to guide the design of science instruction. The theory distinguishes sharply between conceptual models that constitute the content core of science and the mental models that are essential to understand them. Modeling Instruction is designed to engage students in all aspects of modeling, broadly conceived as constructing, testing, analyzing and applying scientific models. To assess the effectiveness of Modeling Instruction, Prof. Hestenes and his students developed the Force Concept Inventory, a concept inventory tool for evaluating student understanding of introductory physics. After a decade of education research to develop and validate the approach, Prof. Hestenes was awarded grants from the National Science Foundation for another decade to spread the Modeling Instruction Program nationwide. As of 2011, more than 4000 teachers had participated in summer workshops on modeling, including nearly 10% of the United States’ high school physics teachers. It is estimated that Modeling teachers reach more than 100,000 students each year.

Dr. Dietmar Hildenbrand is the author of the book “Foundations of Geometric Algebra Computing” and the leader of the team that designed and developed “Geometric Algebra Algorithms Optimizer (Gaalop)” software. For more details on his GA-related research, you can read his interview here.

From 1994 to 2000 Dr. Joan Lasenby held a Royal Society University Research Fellowship for research into Applications of Geometric Algebra in Engineering and was a fellow of Newnham College. She is currently a University Reader in the Signal Processing and Communications Group of the Cambridge University Engineering Department and is a College Lecturer and Director of Studies in Engineering at Trinity College.

Dr. Garret Sobczyk first learned about Clifford geometric algebras from Prof. David Hestenes as a graduate student in mathematics at Arizona State University in 1966. He became convinced early on that geometric algebra is rightly considered to be the completion of the real number system to include the concept of direction. He obtained his Ph.D. in mathematics in 1971 and eagerly set forth to convince the world. This quest led him to spend 5 years in Poland as a postdoctoral student at the Institute of Theoretical Physics in Wroclaw, before returning to the United States in 1983. He coauthored with Prof. David Hestenes the book, “Clifford Algebra to Geometric Calculus: A Unified Language for Mathematics and Physics”, published in 1985. He held several academic positions in the United States and Mexico, before settling with his Polish wife Wanda at the Universidad de Las Americas in Cholula, Mexico in 1993. He has published over 30 articles exploring the close relationships between geometric algebra and linear and multilinear algebra and other topics and is a member of Sistema Nacional de Investigadores de Mexico.

For the last eight years, Dr. Yu has systematically introduced GA into the GIS construction and developed key theories and technologies. He has made solid studies to develop GA-based unified multiscale representation theory for geographical space-time and also developed GA-based geographical data models, data structures, computational models, analysis algorithms, software systems and application/demonstration in various fields. He has been funded for 10 GA-related projects and joined 17 different projects as a core member or contributor. He published a total of 72 journal papers and gained 8 authorized software copyrights until the Dec-2016.